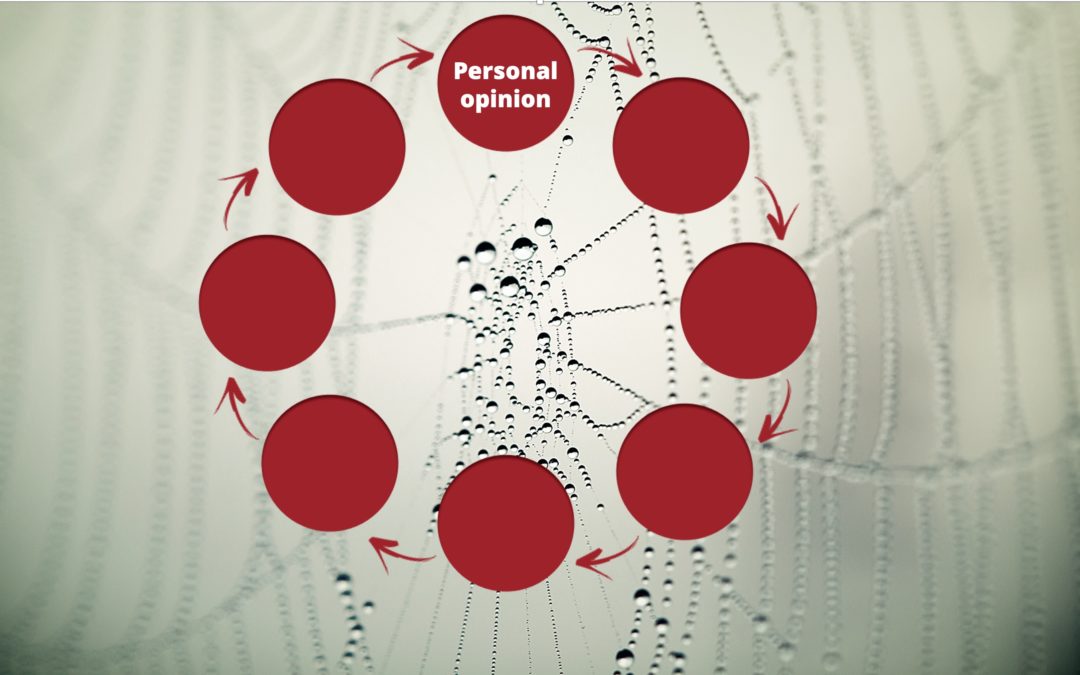 Media Training: How to Answer the Personal Question

Journalists like to probe during an interview and often ask you a question about what you would personally do or what you think. Depending on how you answer, you can find yourself caught in a spider’s web that is difficult to escape.

In this blog, I will share an experience and give you some tips on how to answer this type of question.

As head of media at WWF International, I attended a press conference in London organised by WWF UK to launch a report on an oil spill off the coast of Spain. A journalist from the Guardian asked the speaker from WWF UK – would you eat the fish? He replied; I would not eat the fish. The speaker from WWF Spain and the report’s author replied that the fish was safe to eat.

This scenario is a public relations nightmare – two people from the same organisation contradicting each other during a press conference. I was not moderating but sitting in the audience observing, so powerless to act. Afterwards, I went up to the journalists to attempt some damage limitation. How will you spin your way out of that one? The BBC environment correspondent asked. I am not, I replied, but I suggest you talk further with the author of the report.

The problem was that the Spanish speaker had been great as a spokesperson when the oil spill hit the coast but struggled to convey the main points of the report in English. The journalist from the Guardian had become frustrated and asked the classic tricky question. The problem was the speaker from the UK had not thoroughly read the report and thought that if he added the word “personally”, his answer would be satisfactory.

Unfortunately, that is not the case.

The headline in the Guardian the next day was that the fish were not safe to eat, making the work of WWF Spain with the fishers even more challenging. It is safe to say that we all learnt lessons from that press conference!

If you speak as a representative of an organisation, your opinion has to be the same. Journalists often ask this question when they sense that your personal opinion may differ from the “party line”.

It is, in my view, fair game to ask policymakers, decision-makers and regulators, for example, during the pandemic, if they are vaccinated or would vaccinate their children.

Strangely, it can be more difficult to answer on behalf of a close relative. A few weeks ago, an investigation from the police watchdog criticised the London Metropolitan force for misogyny, racism, bullying and sexual harassment. Have a listen to this on BBC radio.

The presenter asks the spokesperson for the police watchdog if he would feel comfortable if any of his female relatives relied on the Met if they were vulnerable in any way. It is often a question that comes near the end of an interview, in this case it is at 05.52

You will note that he doesn’t answer directly but uses the question to drive home his message about the need to call out such behaviour when it occurs.

The personal question is a trap only if you let yourself fall into it. It can work in your favour and that of the journalist, providing them with good quotes and soundbites. And, if you proactively include a personal example or story in your answer, it can build credibility help to understand and bring your point to life. Just make sure, though, that the personal is always on your terms! 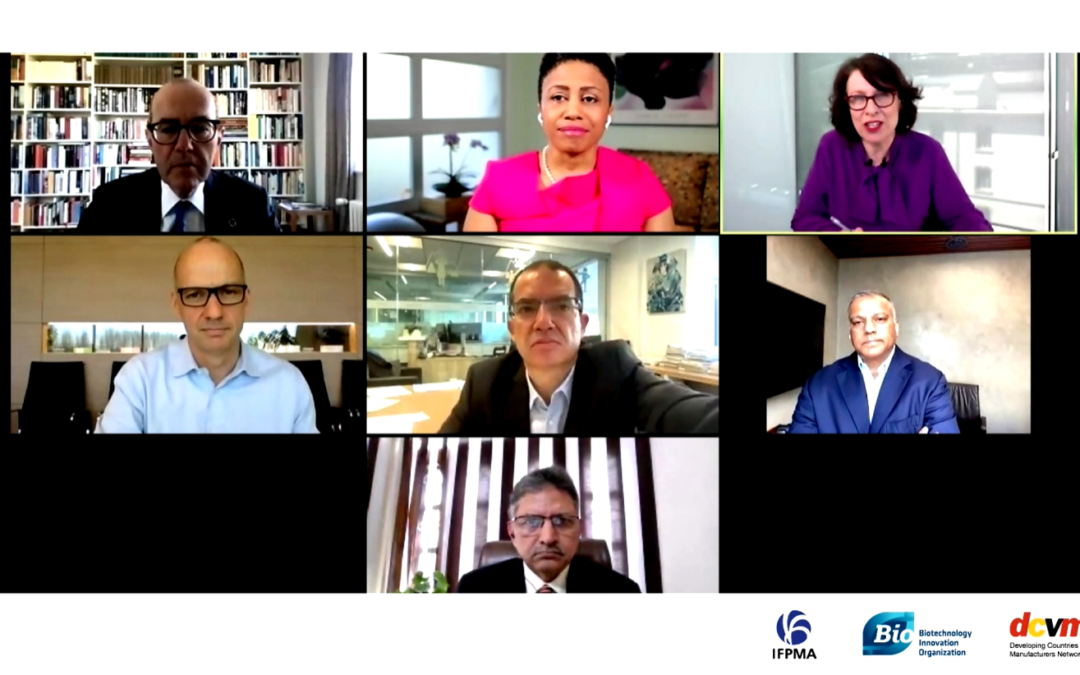 Press Briefings in the Virtual World

Organising a virtual press briefing is to coin the Thai-English phrase – “same same but different.

The basics are the same. You need to have news, which is impactful, timely and ideally topical.  It may seem obvious, but too often press briefings are organised solely to “educate” the media about an issue. I can’t tell you how many I left as a BBC Foreign Correspondent without a story to broadcast!

But there are many differences; while virtual briefings have many advantages notably cost, convenience, geographic reach and you could argue carbon footprint, as with all digital events they need to better prepared and moderated.

For the past year I have been moderating virtual media briefings for the International Federation of Pharmaceutical Manufacturers Associations on COVID 19 – last  week was my 6th – and also advising companies and organisations on how to run and speak at them.

Based on my experience on both sides of the fence as a moderator/media consultant/trainer and former journalist, here are four key questions you should ask yourself:

Hybrid or virtual? – Hybrid where the moderator and a key speaker(s) are together in a room has the advantage that you don’t lose your speakers due to technical glitches. However, you need audiovisual and logistical support. At the UN Palais in Geneva they also have some journalists in the room but as a moderator you need to make sure you don’t prioritise those in the room over those joining virtually.

Who do you invite? You can invite everyone on your media list or those outlets that are more strategically important for you. Make sure though that the links you send out are not shared as you don’t want to find yourself answering questions from government, corporate or NGO representatives. A press briefing as the name suggests must just be for the press!

Questions in vision or only in writing? If you only take pre-submitted written questions from journalists, this gives you advanced insight and allows you to filter and collate them for the moderator. This method also ensures a broad range of outlets and topics are covered. The drawback is that while it ensures you retain control; it can be frustrating for the journalist whose question is not selected or who does not get to ask a follow-up question.

If you take questions live, you will be in the dark about which questions will be asked  with the risk you get one that is off topic if the moderator does not intervene.

Heads up if journalists feel that a speaker has not fully answered a question, you will see that they start to work like a pack asking follow-up questions. It is normally the follow-up questions that can be the most challenging for speakers to answer.

How vital is a moderator? The moderator’s role and responsibilities cannot be overstated. He or she is not just a director of traffic, the moderator must clearly assign questions and repeat them for the benefit of the speakers and audience. This is extremely important particularly if the question is poorly worded or the journalist is speaking in a foreign language with a heavy accent.

Virtual and increasingly hybrid press briefings – just like events – are likely to be with us in the foreseeable future. Make sure yours are well prepared and moderated and you have the opportunity to broaden and deepen your media coverage. 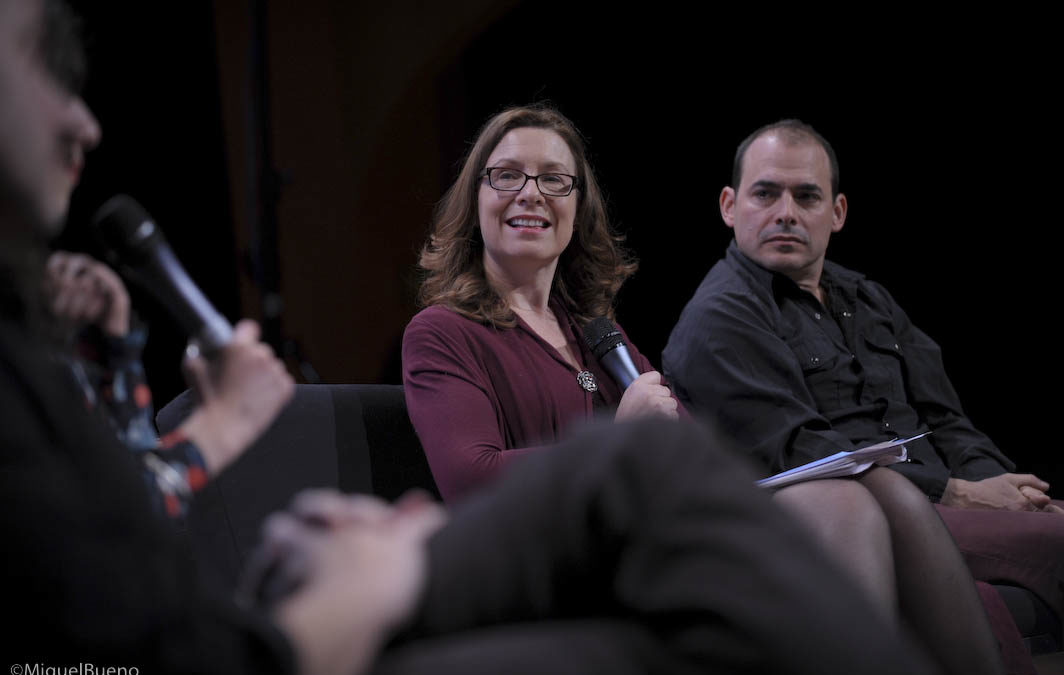 How to Make your Point the Right Way

In everyday conversation, we often lead up to the point we want to make but when we are taking questions after a presentation, in a job or media interview then we want to do exactly the opposite!

Why is this? Because we want to be clear and concise and show with confidence we know the answer. And in a live broadcast interview, if the journalist suspects you are avoiding the question, they will interrupt and ask why you are not answering the question. So your reputation depends on getting to the point quickly.

Recently I watched some pre-recorded interviews done by CNN Money in Switzerland. As the Geneva Conventions turn 70, the programme asked whether this is a cause for celebration or concern? The reporter did 3 interviews with experts on whether the Conventions on respecting the rules of war are still relevant.

They illustrate 3 different ways of answering a question. Which one do you think is most effective?

Leading up to the answer

It takes the interviewee 45 seconds before she answers the question on whether the
Conventions are still relevant. And by the way, she doesn’t need to say they are not respected unless specifically asked as this opens her up to a potentially negative follow-up question.

In the second question on whether the Conventions should be broadened, she introduces too many ideas in a very long answer at nearly 2 minutes. If you go over 1 minute as a rule of thumb, you are normally not sticking to the point and in danger of rambling, makingit difficult for the journalist and, most importantly, the audience to follow you.

In the third and fourth questions she is much better because she answers the questions
directly on whether Geneva will remain a humanitarian epicenter.

Leading up to the answer is often the default position of academics, lawyers and scientists as they are trained to build their case – the why and how – before they give their conclusion i.e. their main point. The problem with this technique is it takes too long to get to the point with the risk that your audience is moving on to another channel.

Putting the what before the how and why

When talking to the media or even writing for the media – press releases also follow this principle – you need to make your point first and then give supporting evidence.

The interviewee here does exactly that in the CNN Money interview.

She follows the model I use in my media training – Point-Reason-Example- Point. (PREP)A textbook example!

The third interview is a mix of leading up to and answering directly the question.

What he does well though is make clear and simple statements such as “They (The Conventions) are not ideal, but they are the best we have. However, what they are not doing successfully is fighting terrorism.” As a result, he is eminently quotable!

Making your point first and not leading up to it takes preparation and practice. Before you do a media or job interview prepare 3 key messages you want to get across using the PREP formula.

When asked a question if it is favorable to you then answer it directly using the formula. You will impress the interviewer with your clarity of thought, make your point clearly and concisely and run no risk of getting interrupted!