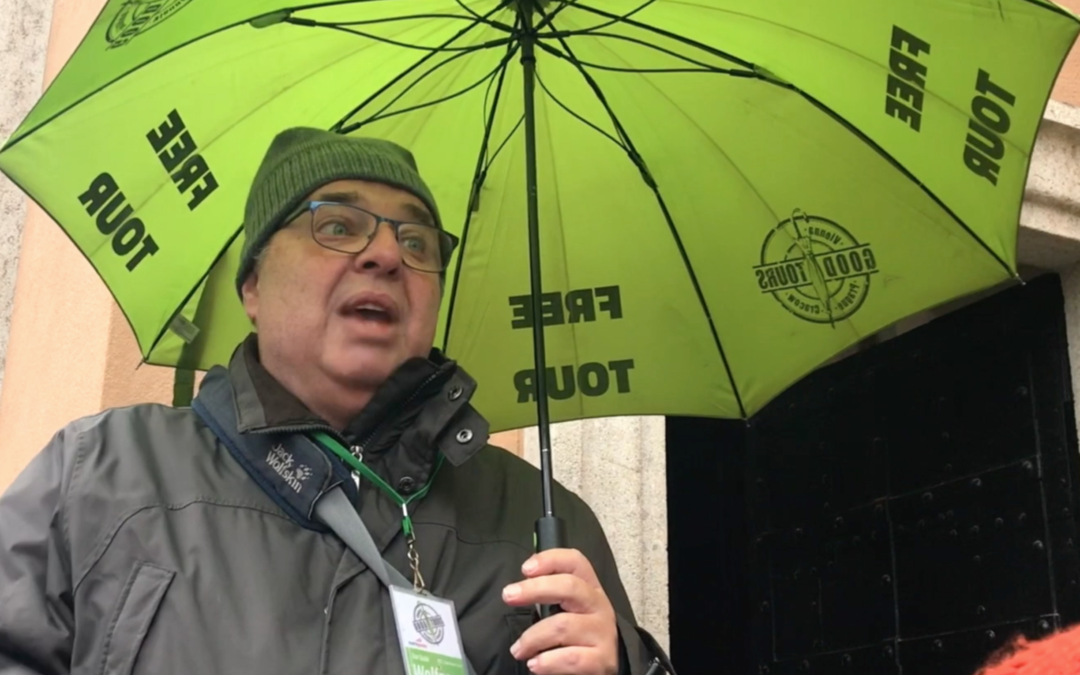 I have waited two years to tell you this story. In January 2020, I went on a guided walking tour of Vienna with an Austrian friend. It was memorable because it was bitterly cold, and we wondered if we would last the two and a half hours. Forty of us were huddled together at the meeting point stamping our feet and rubbing our hands as snow threatened.

We should not have worried as our guide, Wolfgang Rigon, from Good Vienna Tours was a master storyteller, who kept us all captivated as he showed us the sights.

We stopped at least a dozen times as he told us a story, bringing alive the glorious and not so glorious history of the city. I recorded a couple of those stories on my phone. Have a watch of a powerful storyteller in action.

He must have told this first story about Marie Theresa, who gave birth to 16 children, hundreds of times. For us, the audience, his passionate delivery made us feel as if he was telling it for the first time. See how he connects with the audience by making it relevant to the modern-day experience.

He also knew how to make us laugh.

And he expertly used the rhetorical devices of the rule of three – repetition, hyperbole and metaphor – comparing the bed to a tennis court!

He also managed to hold our attention with longer stories. Here he told the tragic story of Sisi, who married Emperor Franz Joseph 1 at sixteen and became Empress Elisabeth of Austria and Queen of Hungary.

Note the transition at the beginning from the previous story about a beautiful horse to beautiful Sisi.

He tells the story using a structure that would be familiar to viewers of Pixar movies – the makers of the Toy Story series. First you give some context, building up the character of the protagonist by describing their world. Then one day something happens to disturb that world and the protagonist faces a challenge. In the case of Sisi, she gives birth to a child who falls sick and dies. As a result of her death, Sisi loses her mind and goes on the run across Europe. Until finally, she gives birth to a boy who is later killed and she is shot by an assassin in Geneva. Wolfgang then wraps up the story in one sentence saying from her youth to death she led a life of tragedy and that is why it became a Hollywood movie.

During our break for Viennese coffee and strudel, I asked him whether storytelling had been part of his three-year course to become a guide. He said unfortunately not. They had only been taught historical facts. But he had learnt over the years how to hold an audience’s attention come rain or shine. Or in our case, come snow in deep mid-winter!