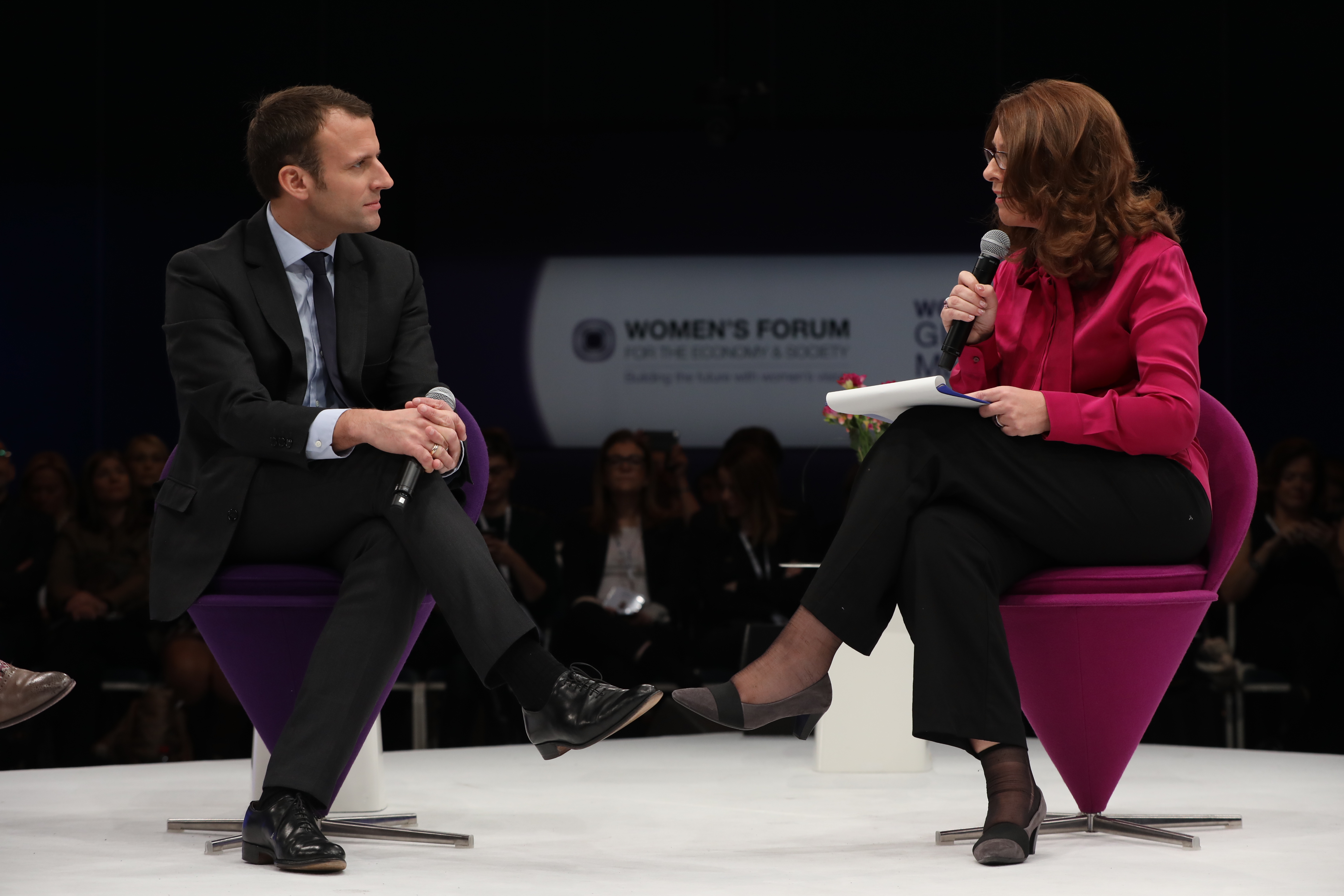 Emmanuel Macron, the French presidential hopeful, was getting ready to take the stage, and all I knew as panel moderator was that he was meant to sit in the chair second to the left.

He and I were taking part in the Women’s Forum for Economy and Society in Deauville. I had no idea what he would say on our panel discussion about the economic advancement of women. His PR team were nowhere to be found.

So when the makeup artist whispered to her colleague that she was about to go upstairs to do his make-up, I followed her into the inner sanctum.

I needed to know if he was willing to speak in English – a red line for some French politicians – or whether he would be speaking through an interpreter. I wanted to briefly introduce myself and the first topic for discussion – the gender pay gap between men and women. From experience, I know it is important to build rapport with high-level panelists, and to sense if they get my British humour.

He did – peering over my clipboard and asking what questions I would be posing – in perfect English. 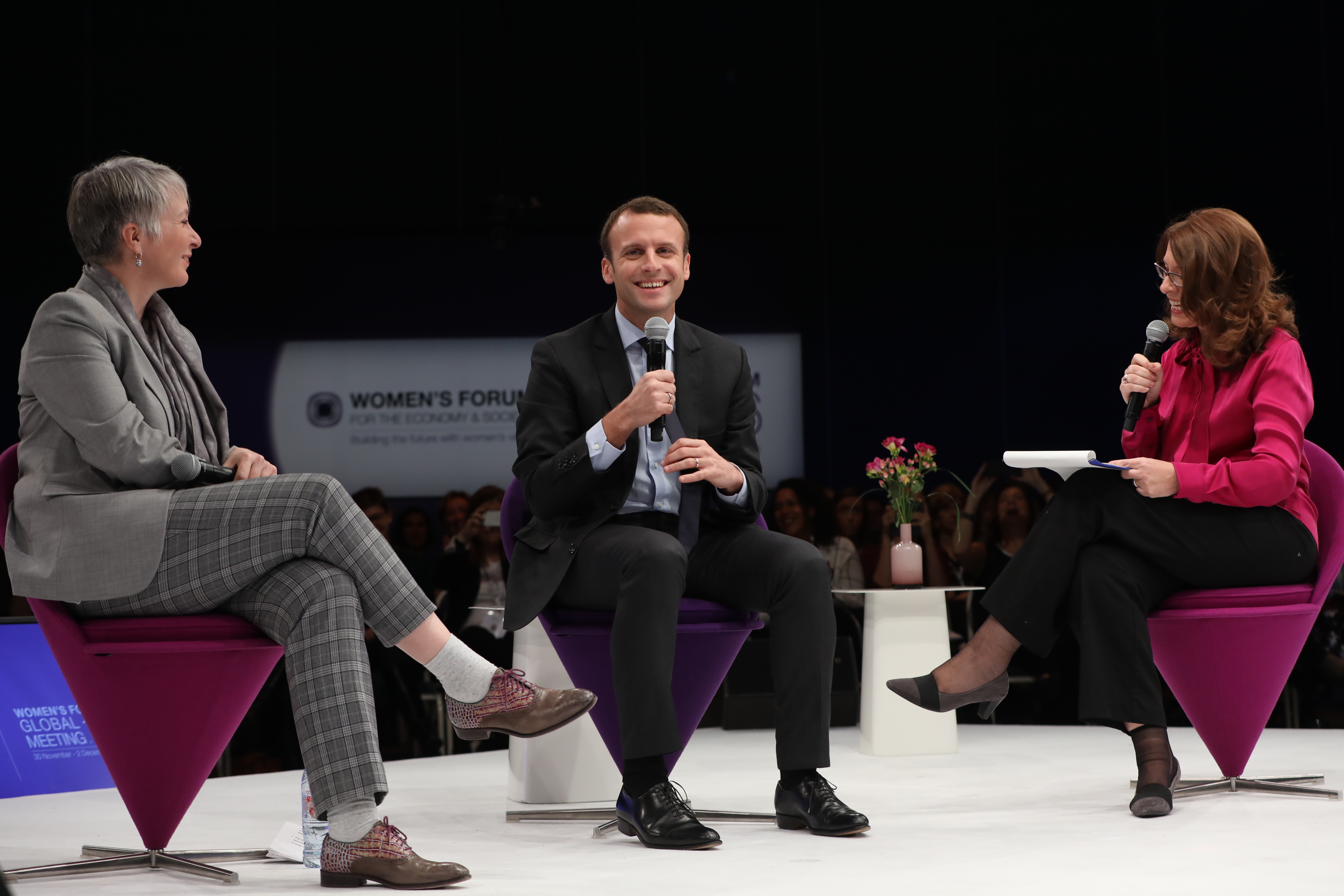 He was a master communicator. He understood the audience and did not dominate. He accepted graciously the business card I gave him from the founder of a feminist group I had met the previous night. She had calculated that at the current rate of progress women in France would be paid the same as men in 2186!

He even understood my humour as I asked him if he was or had ever been a feminist.

It was a sound bite that worked for him too as it went viral on Twitter.

All of this with no preparation from his PR team. The communications teams for the other panelists – Patty Hajdu, Canada’s Minister for the Status of Women, and Arancha Gonzalez, Executive Director of the International Trade Centre – had been very helpful with background information.

If you are going to successfully moderate high level panels, you do need to prepare. You have to do your homework as an advanced briefing from PR teams does not always happen. However, if you do meet with panelists’ PR teams be wary, they might try to stifle debate! The day before meeting Macron, I moderated a panel with the CEO of Coca Cola, Muhtar Kent, on why he was a feminist. 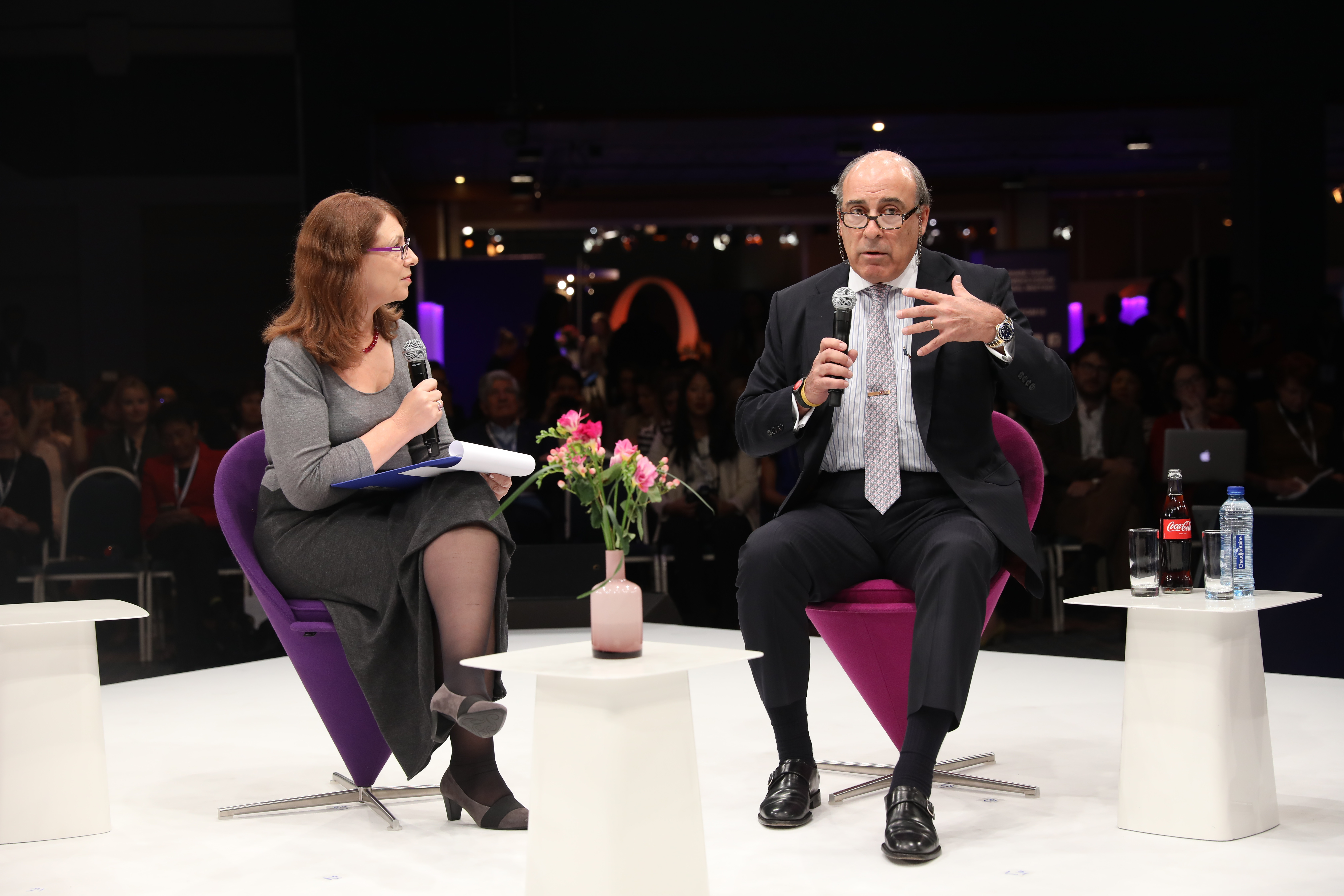 Interviewing the CEO Coca Cola Muhtar Kent about why he says he is a feminist.

Mr Kent’s PR team were much more controlling – keen to know my questions and those of the other two women who were on the panel. I gave them broad areas.

With hindsight, I can understand why they asked. He resigned as CEO 7 days later after what the Wall Street Journal called “a rocky eight-year run at the top”.

During that time, he had doubled the number of women on the Board of Directors from two to four, but parried my question on when there would be gender parity on the 14-member board with the word – “soon”.

He saw the event as a win-win to explain how Coca-Cola was empowering women in the countries where it operates. He even managed some product placement much to my chagrin, a photo reproduced in Forbes and Grazia magazines.

Hot on the heels of these panels in Deauville, I was asked, at one of the moderating workshops I run, for my 5 top tips on handling high -level panels.

• Be prepared, but ready to go with the flow
• Build rapport even if you only have a couple of minutes beforehand
• Listen intently and ask follow-up questions
• Ask the questions the audience wants asked
• Don’t be swayed by the PR team!

Interested in watching the whole debate? Here is the panel with Emmanuel Macron, Patty Hajdu and Arancha Gonzalez on the economic advancement of women.

And if you would like to find out why the CEO of Coca-Cola, Muhtar Kent says he is a feminist, click on this link.