Has there been an event reset since COVID? 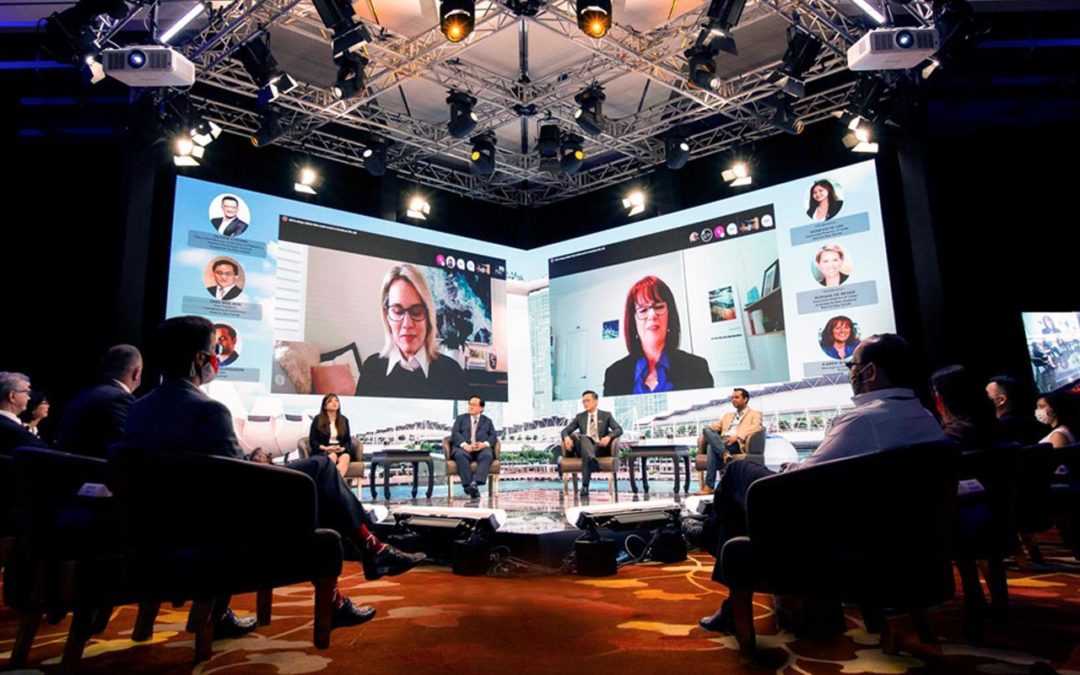 The pandemic is not over, but at least in Europe there is a return to something resembling normality (for the moment at least). At the virtual and hybrid conferences that I moderate, many speakers are talking about the small window of opportunity that exists to reset the world for the better of humanity.

But in my small world of moderating at events nothing much has changed – unfortunately!

I had hoped that some of the best practices from the virtual world – shorter event times, shorter presentations/speeches, greater variety of format and creativity – would become the new normal.

We know that we have to work harder to break through the screen of indifference when an event or meeting is virtual. The hybrid format – focusing on a virtual and in-person audience is challenging technically and editorially. I know some clients who have decided to abandon hybrid in favour of virtual or in-person.

However, editorially I am still seeing the same errors at some, not all, the events that I moderate. Here are some of them:

• Events are too top down. They are based on the organisers’ needs and not those of the audience. Many of the panels I moderate don’t address the issues or answer the questions that are top of mind for the audience.
• Agendas organised in silos. Breaking the silos – for example, ensuring scientists, diplomats and policymakers talk and listen to each other is a common aspiration among audiences. However, organizers fail to apply this logic to their event programme. Too often, they put people from the same sector, for example civil society, on the same panel so naturally they frequently all say the same thing. There is no genuine debate or discussion – just different perspectives on the same topic, but based on the work or the country where the panelist works.
• Panels are segregated. Mainstreaming is another big buzz word at these events yet all the speakers from one region are put together. Recently two great panelists from Nigeria and Cameroon complained to me that they, along with two other speakers from West Africa, had all found themselves on the same panel on inclusive growth. Can we not be mainstreamed into other panels with other sectors, they asked?
• Sectors are pigeonholed. Young people at one event that I moderated said, while they were grateful to be part of the opening ceremony, they felt as if this was a token gesture – a box ticking exercise from the organizers to show that they were taking young people seriously. Myself and the other moderator invited them back to the closing ceremony where we introduced them as a doctor and lawyer!
• Jargon is rife. I struggled for days at one event to understand some of the panel briefs given to me. I showed one of them to various attendees at the conference beforehand and no one understood it. My speakers all had different interpretations about what the focus of the discussion was – and it was written in the programme. My fellow moderator had the same problem with his briefs but assumed it was because English was not his mother tongue. They were he said a “Wortsalat” or “Scrabble” (the board game) as it translates into German!
• Manels are still with us. I had one panel with 9 men – enough to make the UN Gender Champions and EU Gender Watch, who monitor panels to ensure gender diversity, scream in their remote offices.
• Too many speakers are invited. One conference I worked at took the prize for most ambitious event; they had three keynote speakers followed by three presentations followed by four different panelists to be completed in 75 minutes. Bottom line on number of speakers is that if you have more than 4, you get a presentation of points rather than an exchange of ideas.
• Events are too long. 7 hours! I have a one day mostly virtual event with the moderator and a couple of speakers in the studio. It is supposed to last 7 hours. I wonder who will be left watching virtually by the end of that day?

I am an optimist by nature. I still hope that the window of opportunity is there for an event reset, but I fear that it is closing fast as people fail to learn the lessons of the pandemic and apply some of the good practice learned over the past 18 months.

Claire helps clients design their virtual, hybrid and in-person events and runs workshops on organising and moderating at events.