Demystifying the Art of Storytelling 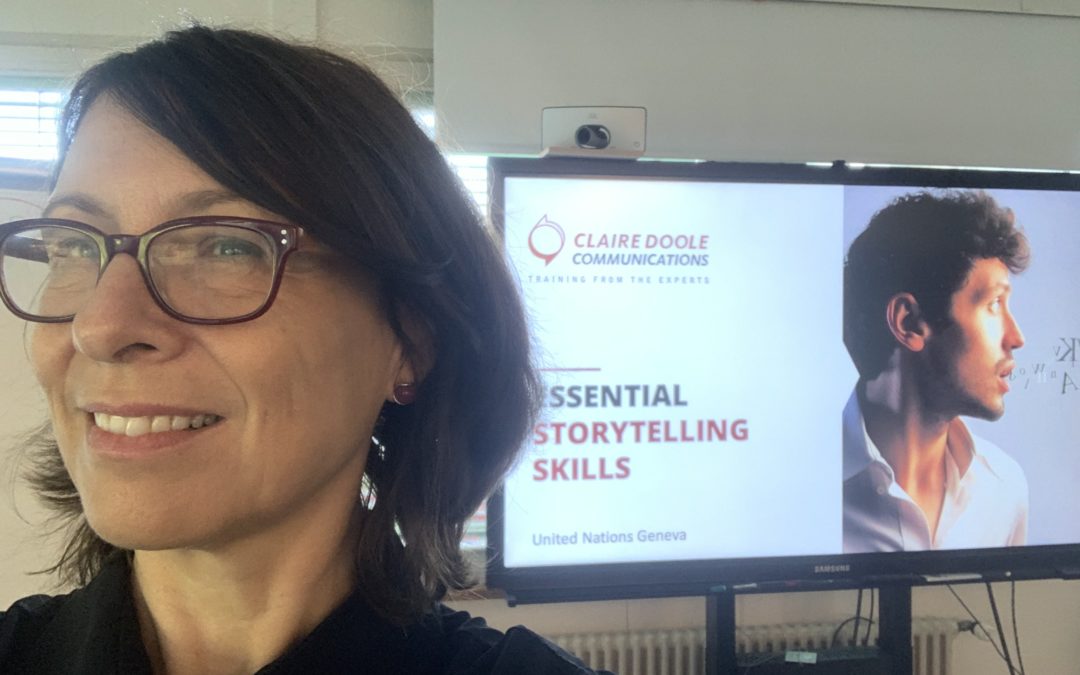 Everyone loves a good story. Our parents read us stories, and we tell them naturally to friends and family. So why is it that in a professional context, we are so reluctant to tell stories?

I ask this question at the start of my storytelling workshops. Participants come up with a number of answers ranging from it is culturally inappropriate, too personal or a lack of ability.

Often people tell me storytelling is too Anglo-Saxon and not appropriate in Mediterranean or other cultures. In fact, I would argue that Africans are fantastic storytellers due to their oral traditions. But I think this reluctance is because people associate storytelling with the high drama of Hollywood with its rollercoaster of emotions.

In fact, storytelling is much simpler; it is about adding colour to the facts.

Ethos, pathos, logos
The Greeks got it right 2,500 years ago. Aristotle said if you want to persuade someone of something, you need to appeal to ethos (credibility), logos (logic) and pathos (stirring emotion in the audience). In the workplace we often have ethos and logos, but shy away from pathos.

Pathos though comes in many different forms. It can come from a personal story, sharing an anecdote or case study, dramatisation, a quotation or using a rhetorical device such as a metaphor or analogy.

We are all storytellers
We have all experienced significant moments in our lives – a first job, a lasting love affair, a major professional or personal challenge. Each of these moments has the potential to be turned into a story that we can tell in a professional context. The only difference from telling it to a friend, is that there must be a point to it. If you are telling a story in a presentation/speech, in a job interview or while mentoring or evaluating a team member, you need to ensure that it illustrates your idea or message.

The personal story is the most powerful and easiest to relate as we have lived through it, but telling other people’s stories (anecdotes) can also be memorable.

Show the challenges you seek to overcome
Often organisations and companies I work with underplay the challenges they face. I once made a film for a client about reuniting children separated from their families in Democratic Republice of Congo.

Many had been abducted by armed groups and fled to South Sudan. The spokesperson made it sound like a pure logistics operation – organising flights back home for the children. Until, at the last moment a girl, accompanied by the woman she was working for, refused to get into the car to the airport. The spokesperson negotiated a highly fraught situation, and then explained to me that often children don’t want to return to their families due to fear of the armed groups still in the bush or because they had found jobs or friends in the towns they had fled to.

He said often there was no conventional happy ending as sometimes the children would leave their families again and make their way back to the town. For me, it was the complexity of the situation that made the story so much more compelling and the work of this client so much more impressive!!

Yes, you can!
To paraphrase a well-known President Obama election speech slogan, everyone can learn how to structure and tell a memorable story.

In my virtual and face-to-face workshops, we go through the various techniques by telling each other stories that can be used in different professional contexts. By the end, everyone has experienced that rush of hormones that comes when we listen to a good story and has the confidence to add storytelling to their communication’s toolbox.

Have a look at a short extract from a virtual workshop: